Why Classical Education? Along An Old Road

I grew up in the receding mists of the 60s. Because of that, and living with grandparents who survived the Depression, there wasn’t much time or thought given to extras. Presents came on Christmas and birthdays. Food was plentiful but simple. I didn’t know what McDonald’s was until I was in my early 20s. When I asked for a drink, I was given water, and if I asked for Hawaiian Punch, I in turn was asked, “What’s wrong with water?” Bread was always whole wheat, and peanut butter was always natural, the thick kind you had to stir together each time you used it. We took a lot of vitamins, mounded up in custard molds and handed out each day.

When I grew up, I found out that though I now had the choice, I disliked white bread. Fruit drinks seemed awfully sweet, and water suited me fine. I don’t remember the last time I ate fast food. I have a cabinet filled with vitamins, and every day I give my children their small mounds (I keep my eyes open in thrift stores for custard molds).

“Train up a child in the way he should go, and when he is old, he will not depart from it.” Proverbs 22:6

Now, of course I tried a few fast food burgers and soda. I drank some bug juice at parties. But in the end, my tastes were trained to enjoy wholesome food. 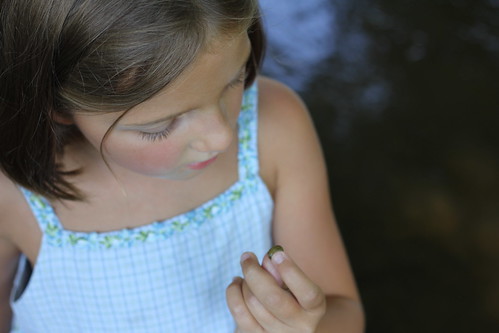 What does this have to do with classical homeschooling?

I was raised with readers. My parents’ friends went to exclusive prep schools and colleges. I remember as a child listening to their conversations and being in awe of how they saw the world and what they knew. They loved art and music, they played instruments, they enjoyed nature and were amateur naturalists. They had paintings and specimens on their walls.

When I was in high school, I was privileged to have English teachers who loved Shakespeare and literature. My sophomore English teacher read us the Prologue to The Canterbury Tales in Old English, and I was enchanted. My senior English teacher had us read books like The Brother’s Karamazov, Narcissus and Goldman,  and Shakespeare. We did nothing in class but read and write. I was also given free reign of the art room – pottery wheels and kilns, stained glass, and paints of all kinds. We went to the Metropolitan Museum of Art and the Guggenheim. I saw Les Miserables on Broadway. In my archaeology class, I was able to actually throw a spear with an atlatl. I was also able to study music for eight years and grew to love classical music because I had to play it. Knowing what I know now, I am privileged to have had that in a public school. I wish every child in public school could experience that. 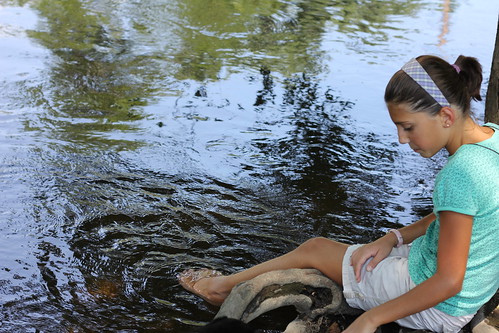 I lived in a town that had a private prep school, with granite turrets covered in ivy, greens where we would play frisbee, and waterfalls with bridges over them. I was a ‘townie’  but those ivy covered stone walls meant something to me. Even though I was receiving a decent education, I wanted even more. I know what that deep longing is now. It was the heady allure of Rivendell.

“This is what the LORD says: Stand at the crossroads and look; ask for the ancient paths, ask where the good way is, and walk in it, and you will find rest for your souls.” Jeremiah 6:16a

I had been brought up with truth, beauty and virtue, only I didn’t know it. I wasn’t taught what it was, but I was given the chance to experience it, to dwell in it, and it had made its impression on me.

When I pulled my son out of public school, I had no idea what other types of homeschool methods were available, but I wouldn’t have bothered to look at them anyway, I knew what I wanted, though I didn’t know the name of it. I also knew what I didn’t want, which is half the battle. I didn’t want what the public schools were offering. I had been trained up as a  child, and I didn’t want to depart from it. I had only read a few Great Books, but I knew there were more. I had overheard heard those conversations  as I fell asleep in Adirondack chairs, looking up at the stars. I wanted that and so much more for my children.

Now I spend my days giving them what I was only able to glimpse. I hope that they give my grandchildren more than they received. I determined to ask for the ancient paths – they were good, and I had walked for time enough to learn why they were good. They began before me, and they will go on far after I’ve left this earth. My great-grandchildren will have the opportunity to walk on them.

I chose classical because I see beauty in its transcendence. Because the ego, me, saw by grace that there was something bigger than I was, and we were offered to join with it. How could I refuse?

Briana Elizabeth has been at this homeschool gig since her 23 year old son was in 7th grade, and his psychiatrist told her that he had to be homeschooled. Her son never went back to public school that year, and the following year, she pulled her 4th grade daughter out of public school. Her five other children have all been homeschooled entirely. It was baptism by fire, but she wouldn’t trade it for the world. Through the years, she has in the end, not only educated her children, but herself, and homeschooling has brought about a whole paradigm change of living for her family. The education that had seemed only possible for the elite was possible through classically homeschooling.