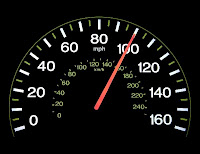 Long before my Dad went into the hospital, the car I owned was an older car that I had got from a used car dealership and it wasn’t anything to brag about. I had so many troubles with that car breaking down and needing expensive work done at the auto repairshop that I was convinced the mechanics were rigging it to break! Here is a little story of that cars demise only a few weeks after spending several hundred repairing something that was caused due to a loose cap under the hood (See why I was suspicious?)

I used to pick my Dad up everyday and we would go shopping, or to the park or just whatever we wanted to do for the day. He didn’t have his license so it was important to him that I had a vehicle. One month before I was done paying off the loan for the car, the axle broke while I was on my way to my Dads house to pick him up. I had no idea what was happening, and I thought it was the brakes! The car screamed to a stop and when I got out to take a look the front tire was facing the wrong direction! (Left to right instead of front to back) It was going to be a huge bill to fix, so I made an arrangement with the dealership that I would give him the car back and not have to pay the final payment.

I was happy to be rid of that car, but wasn’t happy to be without a vehicle. My Dad agreed to make a deposit for me to get another one as long as I agreed to pick him up and drive him around. Since I was already doing that I of course agreed! We went and looked at a few different dealerships trying to decide what to get next. My Dad seemed to be attached to a cherry red

that was priced decently, but my husband was insistent on a truck. We settled on a Dodge Dakota, and while it didn’t have as many problems as the last one – it wasn’t perfect.

Only about a month after owning it the radio quit working. Not covered by warranty, of course. There were a few other minor problems over time, but then the check engine light along with the brake came on once again. I thought it was a problem with the brakes but so I took it to the shop and felt so silly having them ask me if the speedometer was working. I couldn’t remember! Don’t I even look at it? Apparently not, because when I drove away to test it – it wasn’t working and was the cause of my ever glowing dash lights. ABS brakes do not work when your speed sensor is broken. The repair bill was more than I could afford at the time so I left it, since it was obviously so unimportant that I didn’t even use the gage and drove around with it broken for at least a year.

Turned out that that daunting little light had more than one reason to glow, and this time is was the brakes. My brake pads had worn down so badly that the rotors started grinding and I had to get the entire thing replaced. I ended up having to take a loan to get them fixed, which I am still trying to pay off. Turns out that light is useful after all! If I had fixed the speedometer in the first place, I would have known there was a brake problem way before the damage got so bad and it would have saved me hundreds. Just wanted to share my little story as a reminder, even the small and seemingly unimportant repairs need to be taken care of!

And in case you are wondering – I never got a single speeding ticket when the gage was broken and I still rarely look at it. Maybe it’s a special talent, hmmm? When I do look at it I am going exactly the speed I want to be going. My husband on the other hand, got two tickets after the gage was fixed! Go figure. Now I don’t have my license because those tickets need to be paid before I can renew it. Soon, I hope! It sure is a pain being back at the first step and having to ask people to drive me whenever I need to go somewhere.