Look what I won!

Look what I won! 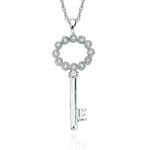 I have won tons of awesome things since I started entering giveaways in January, but have had crazy good luck in the past few weeks! I won a Diamond Key necklace from Mom to Bed By 8 and Kranich’s jewelers, and then a couple days later I won a Bamboo Sheet and Duvet cover set from Sleepbamboo.com! I have already received the necklace (even more gorgeous than the photo), I asked for red for the sheet set so they said it will be a few weeks since red is still a pre-order color. I have a pillow from them and can’t wait to try out the sheets! I also won a Steampunk necklace from Mom to Bed By 8 and Mystic Pieces. I have been trying for months to win something from Mystic Pieces and finally did! Still waiting for this one too.

Here are a few more of my recent giveaway wins:

Soccer equipment from Popcicle and My Organized Chaos ($250!) I was hoping I could get the kids to take them to the big field nearby and play with it, but so far they have only been using it in the yard. It is so hard to get these boys to go outside sometimes, all they want to do is play video games! The silly thing is that once they do go out and start having fun I have a hard time getting them to come back in!

Baby Genius Vacuum and DVD from Momma Drama Was going to save this one for x-Mas but my toddler saw it and she loves it! This isn’t a huge win $ value wise but it is one of her favorite things right now so is a pretty awesome win. I had a picture of her sleeping and cuddling with it but having issues with my other computer and of course the picture is on that computer.

This gorgeous bag from Z2wear from Simply Stacie. I absolutely LOVE this bag! It is something I probably would have never considered purchasing but I fell in love when it arrived and have been using it ever since. It fits a ton of stuff!

This adorable Worrywoo monster and a book from Organic Girl. Love this guy too! My toddler tries to steal it but this one is mine!

Just yesterday I won a Handy Manny gift pack worth $200 from My Wee View. That one will be saved for x-mas either for my daughter or one of my nephews.

I have also won several smaller things like books, clothing for the kids, and gift cards to various stores with values from $25-$100! One of them was a $100 giftcard to Swimsuitsforall.c! That one was bought with a $50 giftcard win from Sweeps4Bloggers. Going to get a few different ones witom from Familylicious Reviews. I have already got the swim suit pictured below from them and it is greath the $100 giftcard, still deciding between two before I finish in the checkout.

I have a lot of fun entering these giveaways in between writing reviews, I have been saving a lot of things to give as gifts when the holidays and birthdays come. Beats playing games, though I still do that when I have time too! I just bought Little Big Planet for my PSP so have been having fun with that one.

Have you had any luck lately? What have you won this summer?

This entry was posted in

WTF is This Stuff? Your Guide to Different Types of Acne
1
Top 6 Foods for Healthy Skin
2
Ten Ways to Get a Better Nights Sleep